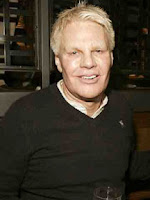 I think by now most everyone has seen the viral statements made by Abercrombie & Fitch CEO about his aversion to the coolness and thinness challenged youth of today. If you haven't, read all about it here. There have been many words written, so I won't go into why this is so revolting. I think we can all all people with a shred of decency can agree that it is reprehensible. Our reactions to this raise two big questions for me, though. 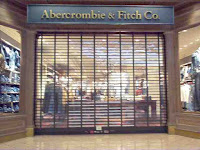 First, is it finally revolting enough that we as a society will collectively choose not to support this business? For years I have refused to step foot in Abercrombie and its affiliates, not because I am too old and a fat chick myself, but because the use of sex to sell to kids and alienate parents is egregious enough on its own. Have we really ever doubted the business philosophy of the current A&F CEO is anything but outrageous? Why are we now outraged? Is it because he finally said what we knew all along and now we will see just how much society at large doesn't give a hoot? I mean seriously - do any of us who are foaming at the mouth over this even shop there to begin with? What did he have to lose? He knows he is in good company - people just don't say what he said, but there are millions who think it and society promotes it in the images and lives they glamorize every day. THIS.IS.NOT.NEW.

Second, as people of faith, is our outrage accompanied by prayer? It is clear this man does not know love, and really some of the speculation out there about his own childhood and lack of popularity or affection are probably spot on. Are we praying for this man? For all those parents who support his business? For all those children who now think they have license to say and do the same thing? For a culture where this attitude is pervasive and insidiously covert in so many places? For the children who feel ostracized every day? ARE WE PRAYING? More and more I am convinced that even surface outrage can be a tool of the devil. It allows us to be satisfied with ourselves for speaking out, for being "aware" and "socially conscious." The Lord really placed on my heart the soul of this man this morning. He is lost. He is empty. He is in darkness. Where are our beacons of light reaching into his soul showing him a better way? Our outrage may relieve our emotions toward him and his attitudes, but Jesus wants more. He wants this man's soul. He wants this man's life. He wants Mike Jeffries, who was created in the image and likeness of God, to return to the Father in love. Where are we along that path - shining a light or throwing stones?

I encourage all people of faith to not only boycott and raise awareness, but to keep away from vilifying Mr. Jeffries into someone who cannot be redeemed. Jesus loves him as much as he loves us, and we need to pray that Mr. Jeffries may come to know the face of Love itself, lest we are all judged by our own measure.
at May 11, 2013