...I was sitting in a triage room waiting to walk into an operating room to get another little person out of my belly. Surreal. Even somewhat planned, things didn't go entirely as planned. Such is God's plan, right?
What you ask do I remember about that day, other than the fact that we came home with another tiny human following our lovely 3 night stint at the local bed and breakfast otherwise known as the hospital?
1) The Hubs getting lightheaded when giving blood for a cord blood study. Other than walking in and sitting in the triage room, this is my first memory of that day. We were asked to participate in a study the hospital research team was conducting and since I'd be giving plenty of blood later, they needed to collect a small sample from the Hubs. I remember sitting in the little "room" (let's face it - it's a glorified cubicle with a shower curtain installed, right?), and being able to see the Hubs out of the little sliver of sight the curtain gave me. I noticed them bringing him treats and juice. My first thought was not to envision Michael Scott giving blood, but how unfair that he got to eat and get juice and I had to wait possibly forever to eat or drink again. He didn't pass out, just in case anyone was wondering. It was early and it just made him a little queasy so they didn't want to take any chances, what with him going into the OR with me shortly and all.
2) A really, really, really freaking huge bruise on my arm. I kept telling the tech that was trying to insert an IV in me that she was doing it wrong. She kept telling me I was nuts. I, in this instance, was not nuts as I confirmed with the possibly 100 people I told the story to when they saw the bruise the size of the former Soviet Union on my arm from where and how she attempted to stick a needle in me. In the end, the IV went exactly where I had asked her to put in the first place.
3) Walking into the OR. Sooooo very surreal. The last time I was wheeled into the OR in T-minus 10 seconds it seemed. To walk in and sit my big old pregnant booty on the table was very strange. My doctor was really amazing. She could tell I was nervous, not because I was scared, but because it was kind of weird. I for some reason remember her either holdling my hand or patting my arm, which may or may not have happened as I was really focused on the spinal they were about to give me. That's what made me nervous. Not the being cut open shortly. Weird, I know. Anyway, she was and always has been amazing at talking me through and listening to all my rambling about the crazy little things that worry me. She definitely helped ease me into the surgery. 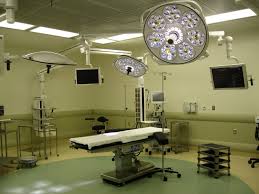 4) The C-section itself. This time at least I knew what to expect. Except that just like every baby is different, apparently every surgery is too. This time was not like the last. I kept having complications with blood pressure and getting very nauseous, at which point they would up my medication and I'd feel better for a minute. I also felt like I was in a TV sitcom where I'm laying on the operating table and the doctors are talking about their life whilst working on my body. Oh, wait, that actually happened. I learned about my doctor's son a bit, and school and extracurriculars. I don't remember the specifics now, but I remember hearing about them and being entertained while drifting in and out of nauseousness.
5) Birthing a baby. When Li'l G was born, my first words were "she's a beast!" I hadn't been expecting an almost 10 pound baby. When J was lifted up, my first words were, "it's DEFINITELY a boy." We'll leave it at that.
6) Recovery. Oh, recovery this time went nothing like the last. Remember those blood pressure issues? Well, they continued to have a hard time stabilizing my blood pressure. I didn't know really know why they weren't moving me into a room until I finally asked. Apparently my blood pressure was still too low to be deemed "recovered." I did manage to instruct them that my blood pressure was normally low so clearly I was ready to get out of recovery. I am the daughter of the son of a doctor after all. They eventually sent me on up to maternity, only to have to come in later as I was hemorrhaging. Note to any doctors out there - tell the patient what is going on and what the remedy is before chatting with fellow medical staff in her presence. No one would answer my questions, I overheard "hemorrhaging" and then unmentionable things were done to me without any warning. One of my doctors finally explained the whole thing when she was on the next day, and was quite apologetic that they had not communicated clearly with me. When one hears "hemorrhaging" after surgery, one thinks things like "more surgery" or "death." Praise God that was not the outcome.
7) I have a son. Well, clearly this is the prevailing memory, the memory that lives on daily in our home. My sweet, tiny little 7 something pound baby. He was so very small and sweet. He took to nursing like a champ. He loved to snuggle everyone. He slept - he actually slept! He was perfect - 10 tiny fingers and 10 delicious toes. He was so gentle, and is still so very sweet to this day. He looked a lot like Tim's dad in those first days - very clearly a McCormick son with a touch of Indian thrown in for good measure. We celebrate him today, with little cake, some food and games, and a whole heaping helping of joyous love. 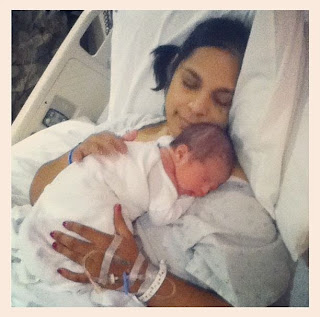 That's it for quick takes for this week. Tune in next week to read something other than birthday week recollections and ramblings. Perhaps I will even take Jen up on her challenge to post daily. Aren't you lucky? Now go read some other quick takes to see what's been going on in the lives of those in bloggyland! Thanks, Jen, for always being the hostess with the mostest! :) 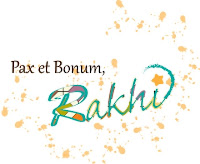