It's Super Bowl time again. Get out the nachos and wings, pour that beer and go team!

--- 1 ---
Super Bowl commercials are the stuff that legends are made of for some. What will be your favorite commercial? Might I suggest this one from Budweiser?

I went to high school with Lisa, who is quite responsible for the production of this commercial (their PR in general, since she is the Senior Director of Brand Communications - yes, I had to look that one up). Once I put away my jelly cap that she hung out with Jim Halpert (I know, he's not a real person, but he kind of is), I can give her props for a job well done. It is so surreal to watch people you kind of grew up with doing such big-time work! I'm telling you, my high school class is full of rockstars. Well done, Lisa!
--- 2 ---

Speaking of the Super Bowl, I don't really know what I'm talking about when it comes to stats and spreads and all that jazz. The Lions are out, so it's just another football game, right? I'll tell you one thing I do know - Russell Wilson (the quarterback of the Seattle Seahawks for those who might be as clueless as I have been) has been making a name for himself off the field as well as on it. In all interviews I have heard with him, he has impressed so many with his respectful, grateful attitude and his quite open faith. Here is one article that was particularly touching. So...who am I cheering for? That's still undecided...

Continuing on the Super Bowl themed quick takes, let's move on to some more serious topics. Large sporting events, such as say...the Super Bowl, are a hot locale for human trafficking. In particular, I'm talking prostitutes. Sex slaves. I know, it's not really a palatable topic, and no one wants to talk about it over beer and nachos, but the fact remains that during large sporting events, women are forcibly transported to these cities to provide...entertainment?...for those in attendance. Deplorable, no? Happens under our noses. Many of these girls are underage, many of them have been kidnapped and are being held against their will or are coerced and threatened to participate in prostitution. I first became aware of this whole horror story of the modern day slave trade when I ran across David Batstone's book Not For Sale when it came out in 2008. It is overwhelming. It is repulsive. It is, unfortunately, very real and very lucrative as a black market business.

Thankfully, there are heroes rescuing these modern day slaves every day. Since this is a quick-take, I won't say much more, other than to beg your prayers for these men and women who are enslaved and learn more about the whole sordid affair. There's another longer post coming next week on the whole topic as we approach February 8, which the United States Conference of Catholic Bishops has declared as our National Day of Prayer for Victims and Survivors of Human Trafficking, on St. Josephine Bakhita's feast day.

On a lighter note, if there can be one, here is a beautiful bracelet that you can purchase through Proverbs 31 Ministry to support Fashion & Compassion, an organization helping at-risk and exploited women. A portion of the proceeds benefit programs fighting sex-trafficking and serving at-risk youth in Charlotte, NC.

--- 4 ---
An equally jovial topic, the Super Bowl has quite often also brought with it the phenomenon of shipping out the homeless. I've read about this practice in other cities, but know firsthand from the game's stint in Detroit, that there is a whole facade that goes up around the game. New (ugly, in my opinion) bridges get built. Fake storefronts go up. The city is "cleaned up" from its ugly homelessness and trash lying around. Fake, fake, fake! Quite literally, people are boarded on to buses and relocated. It becomes a punishable offense to sleep on the street. Apparently seeing the poverty in a city offends sporting fans' sensibilities. When will all the madness stop? When will we start honoring the dignity of the human person? The homeless are not obstacles to ship out so that you can appear to be prosperous and clean. Why not open up more shelters? Use some of the revenue to feed or house them? Why not offer them small, short term jobs that open up around hosting a huge event such as this? Out of sight, out of mind...out of our damn minds is about right.
--- 5 ---

I'm sorry - did I ruin your Super Bowl Sunday? My bad. I kind of love the way one of the radio hosts on KLOVE described the whole event. It's "a bunch of millionaires owned by a billionaire playing against another bunch of millionaires owned by a different billionaire." Puts the whole thing into perspective. I'm happy to enjoy the game, but I don't see the point of the craziness and uncharitable rivalry that often surfaces. Go team! (Nope, still not decided...) 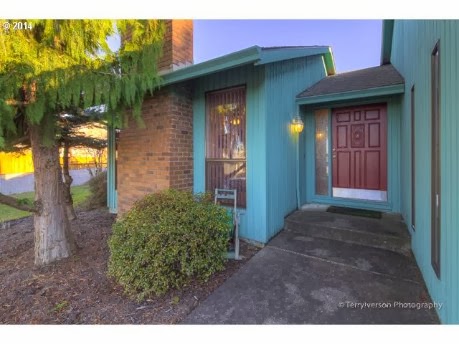 Oh! So here is some exciting news! My mom has FINALLY put her house on the market! Is anyone you know looking for a lovely, 3BR/2BA ranch with a two-car garage, eat in kitchen and dining area in the greater Portland, Oregon area? Then have I got the house for you! The next step is to find her a home here once she's got an offer on this beauty. Thank you to those of you who have prayed for this moment. I always thought that the first grandbaby would get her packed up and moved on out to where we are, but two grandbabies later, she was still gripped by some unknown fear. I am so thankful and proud that she has taken this huge leap even amid some fear that remains. You know what? This is also the absolute happiest I have heard her sound in years. So thank you for your prayers.

Tying some of this together in a very loose way, I wanted to put in a little plug for people to go see the movie Gimme Shelter. Based on a true story, it is about a maternity home for teens and in particular the story of one of the residents there. My work at Mary's Mantle is this movie. The women who come to our home...these are their stories, even though our women are over 18. The abuse, the desperation, the loneliness, the pride, the defensiveness, the addictions, the unhealthy and sometimes unholy attachments...all of this is our story. I have to admit I got caught up in the minutia because of my work - what programs did they have and how did she undergo this transformation so quickly?? Put all that aside and it is a stark, beautiful and accurate portrayal of our work and our women. If it happens to still be playing, please go see it if you want to see what work is done in the far too few maternity homes out there. Take a tissue, and a pillow to scream into - there are definitely those moments. Aside from the work I do, the story is one that shows us what happens when our brokenness takes control of our actions as parents, and how God can redeem us at any point of that journey. Given my recent meltdown, it was a good reminder that laying it all down at the feet of Jesus can transform even the darkest moment. [Plus, in the spirit of 7QT, here are 7 (+1) Reasons to see Gimme Shelter from the National Catholic Register.]