I am back from my not-so-brief hiatus, only to find that Jen has gone on vacation/stay-not-a-cation. Hoping this is a restful time for her and their family! Also, pretend the picture says "Hosted at Team Whitaker."

--- 1 ---
The Etsy shop is up! No sales yet, but baby steps, right? You can find me at Signs of Love by Rakstar Designs. I am definitely feeling like the Spirit is in this and helping fuel a fire of productivity, which is a nice feeling. There have been moments of confirmation, some totally random like the day I was sitting at Starbucks working on a custom design for a friend, just playing around with some ideas, and a man walks up behind me and says out of nowhere, "that's cool!" and starts asking me questions about whether I'm a graphic designer, and the process I use to do my work, etc. (I am not. Also, men, don't walk up behind ladies and just start talking - it might startle them a bit, and not in a good way.) Good confirmation nonetheless. More designs are coming soon!

If you could take some time to stop by and leave me some feedback, I'd appreciate it! Are these items you or people you know would be interested in purchasing? Is the pricing fair? I'm still developing the shop policies, so what do you think would be fair for item returns and refunds? I would love to hear your thoughts. Thanks in advance!

--- 2 ---
The oldest kid is registered for school. I know, it's only pre-school, and it is only 2 days a week to start, but she will be in school. The years really do fly - I feel like she was just in mah belly...especially on days my ribs hurt. (She was my rib-nestler...and jabber.) 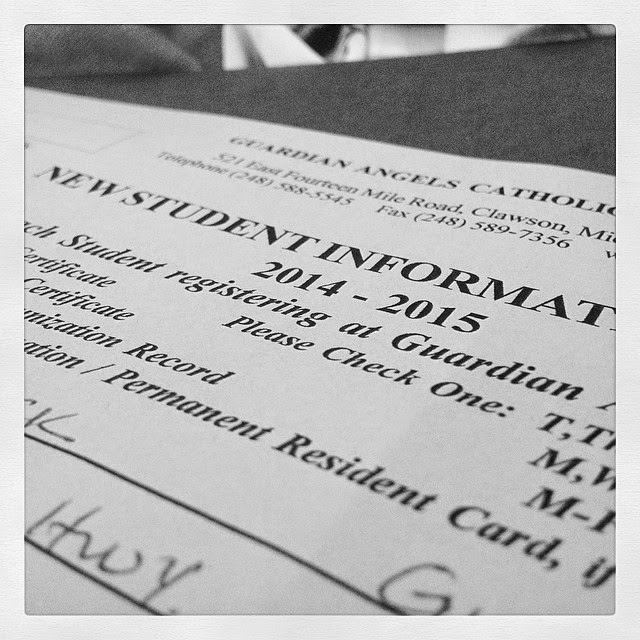 --- 3 ---
It's a rough (and getting rougher) world for Christians out there right now. If you haven't heard of the violence in Mosul happening now, I urge you to be aware and PRAY. (I was going to link to Domincan friar, Fr. Micheel's initial letter that circulated, but a note in First Things has mentioned that he has asked that letter to be removed from the web. As of that posting, they were still okay.) Add to that two priests shot in a Phoenix church, and the facade of "another people, another place" shatters. This, friends, is the beginning stages of persecution. I know that people grow weary of that term as relates to a seeming majority in this country. I know. The reason so many get hyper-sensitive is that many of those seemingly small annoyances, that are not persecution in and of themselves, can create a climate where persecution - real persecution - becomes possible. It can begin to create a climate where the Christian viewpoint is viewed not only as outmoded, but with venom. And in that climate, violence and hatred breed.


--- 4 ---
Has anyone else seen Simcha Fisher's summer art project floating around the interwebs? It's not a challenge, but a communal project. Looks like it could be fun and fruitful in letting those creative juices start flowing more freely. Have a budding artist in you? You should join us! No actual details have been posted just yet, other than the book we are going through to make this beauty happen. I'm sure Simcha will keep us posted on the blog! 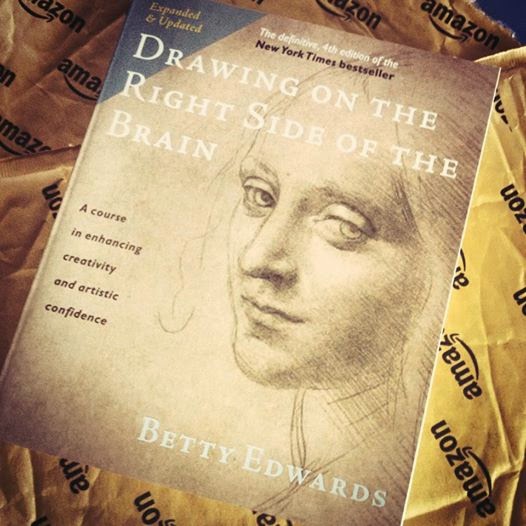 --- 5 ---
Father's Day quickly approaches. I'll end up doing a retrospective on the holiday instead of making this a not-so-quick take. I did want to share this from Buzzfeed (I know...I KNOW) on the modern dad which is such a great snapshot of our life. The Hubs is a fantastic and involved in every facet of life father, and I am so very thankful. My own dad I'm fairly certain never changed a diaper and was afraid to hold me when I was born because he might break me. Those days are gone, dear daddy...it's a new era now! So...thanks, Hubs, and all you modern dads for sharing in the privilege and battle of parenting. It's an honor to serve next to you. Maybe one day the entertainment industry will catch up and honor your role instead of mocking it. Maybe.


--- 6 ---
I've been listening to K-Love on the radio on my way into work. This morning, Mercy Me came on the radio with a little "I Can Only Imagine." They may as well have put me into a time machine. I was instantly transported back in time about ten years, when I was just beginning to listen to more Christian music. Mercy Me, and in particular, this song, was my gateway drug into the Christian music scene. As the notes wafted through the van, visions of music festivals with my friend Glynda sprang to mind (don't worry - I didn't close my eyes), driving down to Ohio, painting the dining room in her new house over a bottle of wine, eating some dippin' dots, meeting some bands...trying to figure out how high to raise our arms... You know, we joked about being Catholic Pentecostals at the time. Little did I know then the arm-raising was part of our tradition all along - I just had to find the Charismatic Renewal. ;-)

--- 7 ---
Speaking of the Charismatic Renewal, the Hubs and I were able to sneak away for a full weekend retreat/gathering with Renewal Ministries last weekend. We are so blessed to have them in our neck of the woods, and the time away in prayer and learning was so refreshing this year. So very thankful we were able to get away. On Saturday morning, the clip below is what began our morning (after Mass, breakfast, and prayer, of course). Hope you find it as funny as I did!

That's the update from our little village! I am hoping to be back on the blogging at least 2-3 times a week now that things are hopefully getting into a new rhythm around here. Hopefully.


Happy Father's Day to all the daddies out there, both here and those who have gone on to a new life. For those of you who have recently lost fathers, here's hoping this weekend is filled with joyful memories. For those who had absent or hurtful fathers, praying our Father in heaven might heal and console your hearts.