SQT: The One On Radio Silence and Blank Space

It has been a supremely long time since I have linked up with Kelly for le quick takes, and through the week I had splendid thoughts on how to recap the long absence. This morning, however, amid the haze of exhaustion and anticipation of the caffeine jump start, those thoughts are elusively wandering about my neural pathways. Instead of some meaningful insights on my time away from the blog, I'm afraid this may turn into more of a "what I did on my summer vacation" back-to-school essay. Lo siento.

Here we go, about to break the radio silence and color on up this blank space! Here's what I did on my "summer vacation" . . . 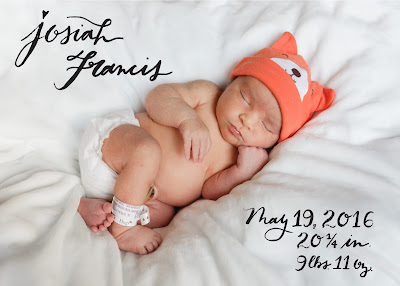 I had me a baby! He is the sweetest, and we are in love. 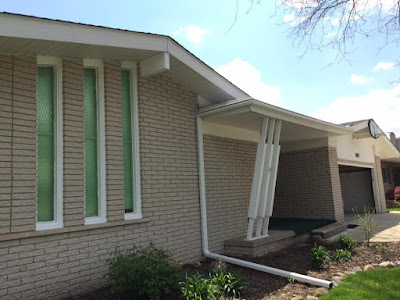 We moved! Not only did we move, we moved four days before we had that little bundle of love above. 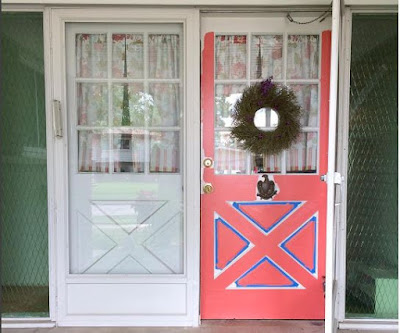 As happens when you move . . . ok, when I move . . . we've begun some projects to make this house our home. First order of business was brightening up the front doors!

We created an accent wall in our great room that will be our icon/religious art wall. I made a wooden background for it so we don't have a thousand holes in the wall, and we have somewhere to hang some rosaries. 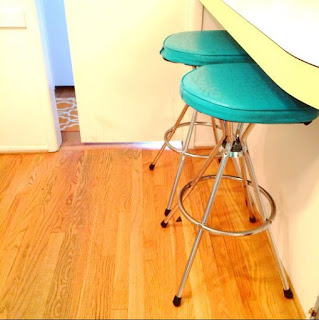 Our kitchen is a bit "retro" (read: needs updating, but we are going with retro). I found these barstools for $5/piece. They were rusted out, but I was able to shine them up with a little elbow grease and now we have a little breakfast bar in the kitchen. The seats still need to be redone, but it's not quite as urgent as the rusted out legs, so maybe by Christmas we will have them done. Maybe. 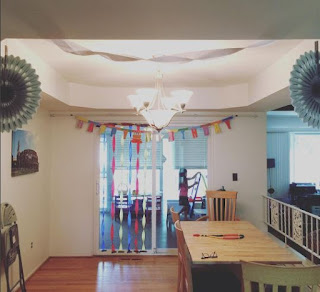 We actually threw a party already. Did I mention we are slightly south of sane? The boys had a party - a fourth birthday and a baby baptism. It was so nice to be able to have the space to have people over instead of trying to figure out where we were going to go, and then having to lug everyone (and everything) home afterward. 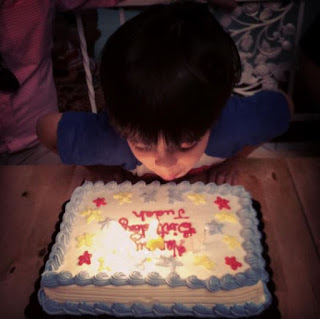 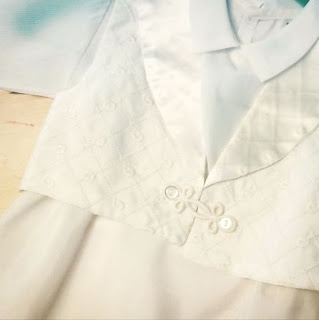 {SIX}
Since there was a lot of upheaval all at once, the kids were not sleeping well in their new rooms. Partly, it is because the older sister told the little brother his room was scary. To our credit, we did not actually sell her to the gypsies.

Initially we had planned on having the boys in one room, but halfway through summer after talking to a handful of friends and thinking through all our options, we switched the kids' rooms around. For now, the two older ones share a room, and the baby has his own nursery (which is still a work in progress). I've been tinkering around getting their rooms put together before school starts, and I think we are finally in a good spot.

Part of the switch included superhero clocks. We had found Gia a vintage Wonder Woman clock this spring, and her brother was quite sad that he didn't have one too. I ended up making him one with a wall plaque I found at Meijer. When "vintage" clocks don't come to you, you make them happen. 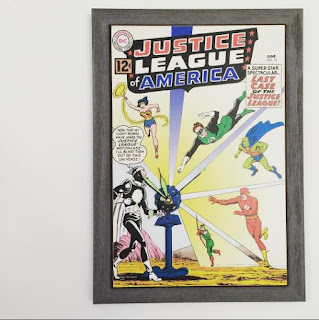 {SEVEN}
With all that has been going on this summer, we have also been exploring our new neighborhood. It's nice to actually live in a neighborhood and not on a busy street. While I miss the quaint neighborhoods of where we used to live, this new area holds its own advantages: a splash pad and library we can walk to eventually! We've also gotten to know some of our neighbors and are looking forward to raising our families together. 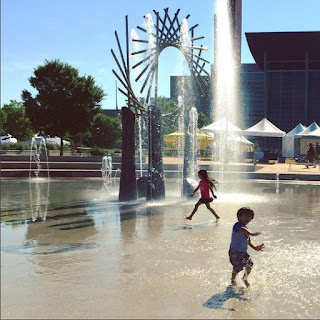 The one thing I have not done this summer is begin to clean out mom's house. It is still a little too much for me, so that will be a story and a task for another day.

How was your summer, friends?