--- 1 ---
Well Halloween sure was a crappy night. Cold and drizzly, we decided not to take the kids out around the neighborhood. They still haven't really started that tradition, so they weren't any the wiser. Gia did have her first school party, and the school that the Hubs teaches at has a trick-or-treat for younguns every year, so they still had their Halloween fill. I had fully intended to dress them for All Saints' Day too, but ran out of time and ended up with food poisoning to commemorate the day this year. #catholicmomfail Thank goodness there is always next year. I'd like to work with them more on learning about the saints too.

Being sick with littles is a big bummer. Not only am I robbed of what little energy I normally have to begin with, but on top of that I am so paranoid about getting them sick. We are in a pretty sweet stage right now in the early morning where they both want to snuggle a lot. This is new for Gia, who hadn't been much of a snuggler until recently. She insists on it now, and with a bad headcold, there's no way I will get into bed with her, which makes her (and mama) sad. Same for the little dude, except his version of snuggle is "smother mama and pull her hair." Still. So much sweetness that doesn't last for terribly long I hear (but I do hope). Little dude melts my heart with the big hugs, kiss on the cheek and a "I love you so much." Swoon. The girl is picking up on his affectionate ways, I think, so the snuggles have increased. #momwin

--- 3 ---
The first batch of Christmas cards are in the shop! Two designs are already on backorder. Crazy! Granted I ordered very limited quantities to start because I wasn't sure which ones would sell, if any, and the sales have been to a close friend and my mother in law (whose idea it was for me to even design Christmas cards), but I'm shocked to already have items on backorder. The digital images will be hitting the shop today or tomorrow along with a few new prints and and giveaway featuring some new items. Whew, this is fun, but it is a lot of work! 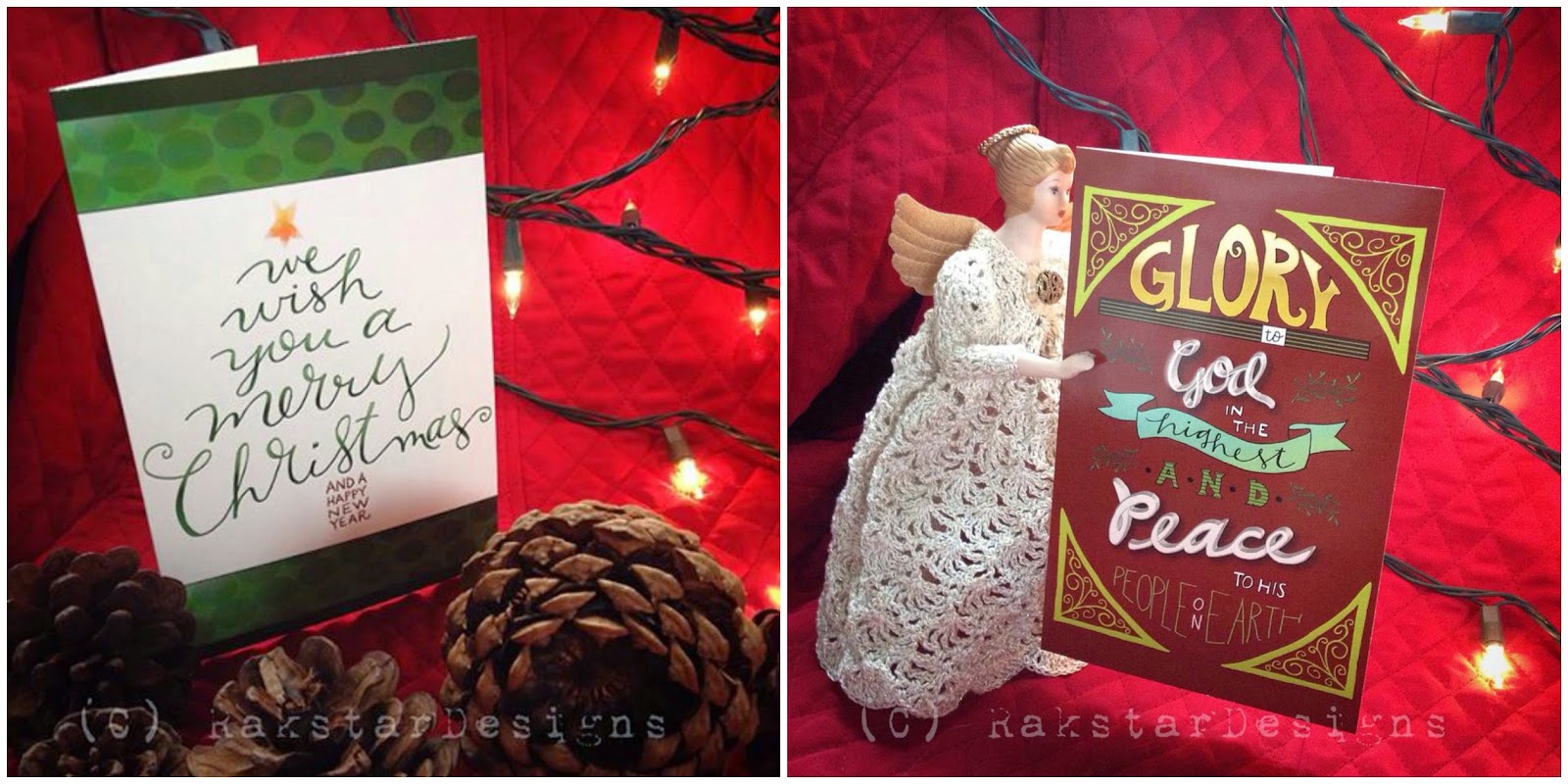 --- 4 ---
Comparison is the thief of joy - I know. And yet... I was reflecting on the temperaments of different munchkins I know in comparison to my own (not for the purpose of comparing the little people). I struggle with these two, not because they are bad children, because they truly are not - they are amazing. Lately, there has been a lot more loudness and selfishness from the older, and the younger mimics everything because, hello, he adores his sister. I realized I truly need to work on my own peacefulness if I am to encourage it in them. There is a sweetness of disposition in both the children and mamas who I was thinking of that I want for myself. That has to start with me, and it starts in prayer. It starts by asking for the walls that have been built up in my heart to be torn down. I want that sweetness of temper, I want to love unabashedly, but I know I'm still playing it safe. I know the heartaches of my past keep me from laying it all bare before Jesus and offering Him all of it for the good of those He sends me. I know those heartaches and disappointments breed a need for control that feeds the harried-ness of my life and lead me down the path of frustration and anger. Knowledge is not always power.
--- 5 ---
If I had to pick one word to describe my life right now, it would be "overwhelming." Or "chaotic." You know me. I can't ever just pick one. To that end, an email came through a couple weeks ago as I was waving the white flag to Jesus asking for help with my prayer life and life in general. It highlighted two books. One was A Mother's Rule of Life by Holly Pierlot, and the other was Everyday Meditations by Blessed John Henry Newman. I am still working my way through both, but between soaking in the concept of having a rule of order to this vocation of wife and mother and having a new supervisor who also is big on having an order to the day, I think maybe...just maybe...God is sending me relief. I've had "chore charts" at home before, which were helpful. In the newness of a new baby and a new schedule at work, that now hangs on a board in a dark corner by the fridge. This idea of creating a whole order to my day, similar to a monastic rule, is liberating...and frightening all at once. I know if I can conquer my lack of discipline and exhaustion, it will be tremendously helpful. I fear that the variation to our weekly schedule is a stumbling block to coming up with a systematic order to our days. There truly are not two days of the week that are the same in our home between our work, school, and outside obligations. I'm certain we are not alone, but it also makes it hard to wrap my mind around creating a consistent order to my day. 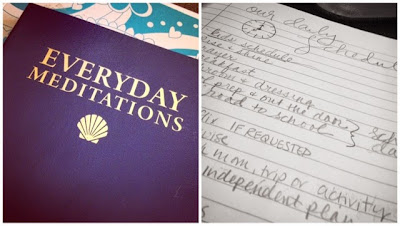 --- 6 ---
I know a great deal of the my chaos is influenced by the chaotic appearance of our home. While the exterior reflects the interior, the interior is fed by the exterior. We are slowly getting things back into the basement, and the studio has been set back up which is wonderful. Now we just need to get the empty boxes to the trash (they never seem to make their way out), the new dining room set up, and Judah's nursery cleaned out and his "big boy" room set up. I know I can be a bit of a taskmaster, but it really is frustrating that this whole process is moving so very slowly. Getting sick over the weekend most certainly did not help speed anything up, of course. I truly hope that by Thanksgiving we can say that we have dug out of the mess. I'd love to be able to have people over again one day. Forget that, I'd love to be able to not feel like I am lost in my own home.

--- 7 ---
Part of this process is really purging. We have more clothes, books, toys and other little items in our home than we need by far. It's time to really sift through things and decide what we are keeping and what other people could be using while we decide whether we may ever want it or fit back into it again. Gia is old enough now that she is part of that sifting process (unless mommy just loses it when they leave all their toys out). I've had some trouble getting her to understand that it is wrong for us to have so much when so many have nothing. Apparently everything in this house is hers. It all belongs to her. Everything. Today we had a breakthrough. Be still my heart. "Mama, we can't get rid of ALL our things. Just some things, right? We will give some of them away, but not everything okay?" Okay, honeybear. Deal.