Seven Quick Takes: Back in the Saddle Again - Tales of Summer Lovin'

Tap, tap, tap...is anyone still out there? I'm popping in for a little update and joining up with Kelly for Seven Quick Takes. Hold on . . . here we go!
1) It's been a while since I've sat at this keyboard to muse on much. Between chasing after three children, still settling into a new house, and trying to grow a business while still working part time, quiet time where I'm coherent is hard to come by. Instead, you'll find me hanging out over Instagram doing a little microblogging. That's a thing, right? Between my @thepitterpatterdiaries account, and the one for my design business (@rakstardesigns), I've been sharing a bit about what's been going on. The truth is, I have just been trying to keep my head above water and popping in to wax philosophical took too much energy these last several months. Am I back for good? I think so. It will likely look different than it did over the past few years. I'm making plans to start a more regular blog for my business and hoping to increase the quality of what I write for CatholicMom.com, but I would love to be able to engage in this forum again as well. There's a lot rattling around in this head and heart of mine.
2) We had this grand illusion that summer would give us a chance to kick back and relax and do some things around the house, but somehow that just didn't come to pass. I did my darndest to kick "busy mom" to the side and try to pull out "fun mom," and we went to the beach that day. Wouldn't you know, after buying a park pass for the year (because we had so much fun we decided to try to make it a weekly thing), they closed the beach due to contaminated water. Curses! So there have been trips to the park, playing in the back yard, and more subdued fun activities. Not quite the kick back and enjoy summer we had planned, though. 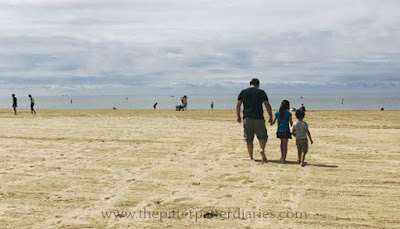 3) Part of our busy-ness this summer has been due to a project the Hubs and I have been working on together. We have been working on Advent and Lenten reflection booklets/devotionals for ACTA Publications using The Message translation. The Hubs has been doing some work for them, and they asked if we would consider it. It's been fun taking little day-dates with him to work together. I've also had the opportunity to incorporate some lettering and design into the project which has been fun (and I need to finish!). I'll keep you posted on when these babies see the light of day! 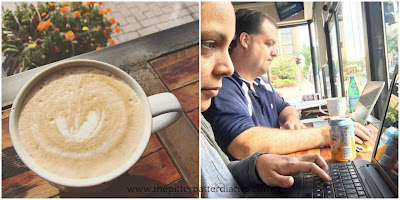 4) This summer has also included a change of jobs for me. While I enjoyed my time at the maternity home, it was becoming clear that I needed to move on and let someone else take it from here. With a third child and still navigating the responsibility of mom's care and estate, I just didn't have the emotional or spiritual energy to commit to such a vulnerable population, and they deserve someone who could give them 110%. I'm now working in communications at a parish and loving it! The hours are the same as the old job, the staff is beyond accommodating and kind, and there is a lot of room to grow. I just have to grow my patience muscle since not all things I'm envisioning can happen overnight . . . or at all. Sadly, the pastor was re-assigned unexpectedly shortly after I began, but all shall be well.
5) My babies keep getting older. I know. It happens. Little dude turned FIVE this summer, and the baby is already 15 months old. What the what? I'll have two kids in school full time in a little over a week. It's kind of like the promised land, mixed with a tinge of heartbreak that they are so old already. The oldest loves school, but the little dude is a little trepidacious of a new teacher. He LOVED his preschool teachers, and I think he has had to deal with a lot of changes over the last year which makes him a little hesitant about this new adventure. I know he'll love it when he gets there though - that's his M.O. 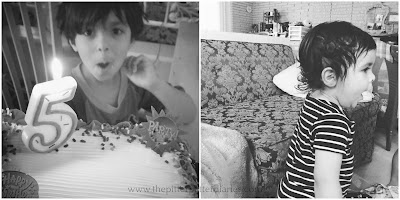 6) Let's talk about the real reason this summer has been busier than anticipated. I took a giant leap of faith and applied to be a vendor at The Edel Gathering a few weeks ago. I've never done a big vendor gig, so I had NO idea what to expect. I also probably put off the making of the things until a little too late because I had no idea what it would involve. Most of July was spent feverishly making, making, and making. Jewelry. Signs. Labeling prints. Beading bracelets. The Hubs was overseeing the little people while all this happened. I felt so badly, but he was my biggest cheerleader. Y'all. I was so scared I would get there and sell nothing. That people would just walk by my table and move on to the real artists and vendors. I bought a sequin tablecloth just so people would at least see me! (Ok, not exactly - I just couldn't say no to the sparkle!) It was a giant risk, and in the final days I was kind of wishing I would have just attended the event and enjoyed myself. BUT! The vision I had for my space took life, I met people who had been buying my pieces all along, I met wonderful women who were kind and struggling and looking for beauty and peace and something to share with their loved ones. I finally met fellow artists in person and they were even more beautiful from the glisten on their skin in the Texas heat to the marrow of their bones and the depth of their souls than I could have imagined. It was hard work, but it was amazing. {And thanks to Wendy who knew I was guana crazy for thinking I'd get everything set up by myself in an hour and came with me to help. And then sent her sister to get me water when I got nervous and shaky.}

The spirit of Edel, y'all. I found my tribe there two years ago, and we had the chance to finally see each other in person together in one place again. These sisters have walked with me through everything these last two years. A somewhat surprise pregnancy. Mom's stroke and subsequent dementia. Struggles with anxiety. Rejoicing at the little wins. All of it. I only wish I wasn't so focused on my vendor table (and then surprised by "womanly issues" that afternoon) so I could have gotten to know many more of the wonderful women who attended. We are all desperately in need of our tribe - both near and far. Find those women (or rather, ask God to send those women) and love them fierce.
7) Just a little frivolity for you. Here are some things I should be doing instead of sitting on the bed typing: laundry, cleaning the bathroom, organizing mom's bills, unpacking the boxes in my "studio," working on my weekly marketing plan, yada yada yada etc etc etc. Yet, here I sit typing because I want to get back in the practice of it. Also, I'm thinking the blog needs a little face lift. We'll save that for another day, though!

via GIPHY
If you want to read some more interesting Quick Takes this week, visit Kelly at This Ain't the Lyceum. Plus, she has AWESOME news on her blog about her boys!
Until later, get out there and love 'em like Jesus!