For Everything There Is A Season... 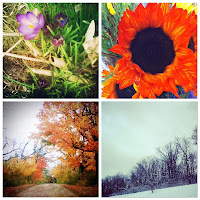 I've never been one to transition my closets during the year. My summer and winter clothes generally mingle with one another and make conversation. Now, my maternity and non-maternity clothes have started doing the same. Hubbers is so hot-blooded that besides a few jeans and long sleeve shirts, his summer and winter wardrobe doesn't really change so much. In our small house, it would probably not be a bad idea to have a hanging rack and bins downstairs to transition in and out of seasons to make room in our closets and drawers. Ahhh, one day.
I tend to treat the seasons in my life the same way, and suffer because of it. I had a hard time adjusting to married life at first, not because I didn't love the Hubbers or want to be married, but simply because I was attempting to fit the same things into my life that I did when I was single...including clothes in the closet! :) Having been married a little later in life, and having lived on my own for a decade or more, my space was my own and learning to envision it differently was a hard task. It's not that I am one of those people who don't like change - I'm really rather used to things changing. It was that I was being re-formed, and there were growing pains that went along with that until I could see me as God did in my new vocation.
The same is true of motherhood/parenting. Our time and space are not our own. Our vocation expands and grows. What I used to do, even for God, I am now being called to do differently. And here I struggle. I struggle with the short-sightedness of dreaming in band-aids as I wrote earlier. I struggle with the guilt of not fulfilling what I believe to be obligations, or not being able to be all things to all people as I may have once been able. For instance, working with pregnant women at a maternity home is not the most scheduled type of work - things (and babies) come up. I, unfortunately, do not have the flexibility of someone who does not have two little people at home. While Hubbers is most willing to step up, I can't always drop everything and go, especially in the middle of the night as has been needed lately. And the guilt kicks in. Then when I AM there, even though it is part time, I am thinking of all the things I would like to do with the babes, and the home, and that list which is growing and not dwindling, and the guilt kicks in. To everything there is a season, I know. In my head, I know. As a supervisor, though, I feel guilty asking people to step in where I am not able. Again, in my head I know that this is a perfectly viable solution. I just feel guilty asking people to do things I am not able/willing to do, such as work very long/strange hours.
To everything there is a season, I keep telling myself, but the guilt doesn't really turn off. I think much of that comes from the understanding that God is really calling me to minister to my family first, and that may mean that I am asking others to do things that I simply cannot do if I respond faithfully in that call. I have to turn off the voice in my head that worries that they will not think it is fair, or that I am somehow failing at my work if I make certain decisions for myself and ask different things of others.
Therein lies my struggle living in four-seasons life. I know when the children are older I can return to giving more selflessly of my time outside of the home. I have to negotiate now being able to give my all at work without compromising what God is calling me to do at home, and that, given the meaningful work I am part of both in and out of the home, is a very important thing to discern. Babies, babies everywhere...what's a mom to do?? Praying the answers are clearer than I'm making them and for that innate knowledge that God is faithful to kick in, because He is.
Oh, and here is some sweetness... 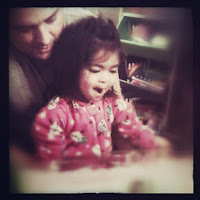 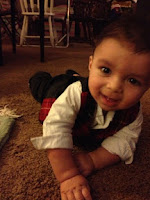 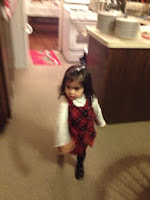 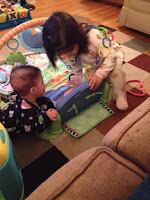 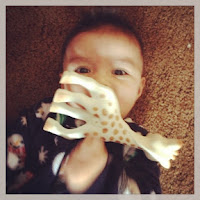 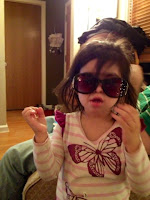 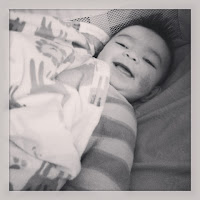