Linking up with Jen again this week, because apparently linkups are all my feeble mind can handle (and barely handle at that) since I've been coughing out brain cells for a week...
1) I need to work on an ode to single mothers. Sisters are doing it for themselves, while I'm pretty sure I would be dead...especially if illness ever touched the home. I would likely be buried under a pile of dirty dishes and laundry and toys, while the kids were running around jumping on the pile while screaming like monkeys because they thought they were Curious George. Yes, I'm fairly certain that would be my fate. Kudos to you single moms who are not only holding it together, but doing quite well for yourselves and your families.
2) As a friend texted me last night, sickness is a waste of time. I have wasted pretty much this whole week laying around, coughing what remains of my brains out and then blowing out the rest in an attempt to breathe through my nose, moaning and wailing like the good little victim soul that I am. Note to pretty much anyone: not a good victim soul here. I do sometimes remember to offer up my "suffering" for those who have it a metric ton worse than me, as in might have a substantial illness and not just a bothersome respiratory virus.
3) Sickness brings out the dark side, in thought and action. No light sabers are involved, but the creepy crawly dark side of my thoughts, emotions and behavior begin to meander out. I am not a peach when I am ill (said in my sweetest southern drawl - think Suzanne Sugarbaker). Patience? Bah humbug! Look on the bright side? Niet! Wallow in self pity at the demise of my usefulness and clearly worth as a human being who will never never recover? I'll take ten of those, thanks.
4) The above probably explains my departure from any coherent writing. I have a few bursts of creativity, but then the eyelids droop, something else garners my attention and when I get back to my project, I have no.freaking.idea what I was talking about. It's all about flow, and the only flow mama's got this week is coming from her nose. Too much?
5) The best laid plans sometimes never get up again (Sorry Chumbawumba). The Hubbers asked yesterday if I had anything I wanted to do this summer (fun related). Apparently he did not read my dissertation on summer plans. As I was giving him a quick recap, I realized that it is already mid-June. Sigh. Perhaps that is my five year plan instead...
6) How is baby boy already 11 months? How is it that I am already planning a first birthday party? So it is true and not just something they tell you to make you feel better about the chaos of parenting littles... the days really are long, but the year(s) truly are short...wasn't this just yesterday?!? 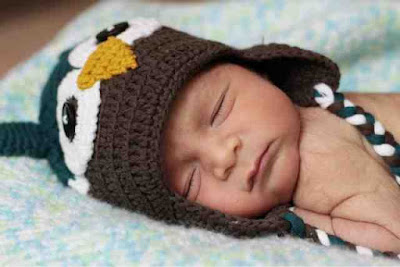 7) Jen Hatmaker's been knocking it outta the park with some funny-because-it's-true posts lately. Here is a great one on summer plans. Perhaps next year I should take a cue from her on my summer dreamin'. Keep it simple, stupid. :)
Now get on over to Jen's and read up on other quickity quick takes!
at June 14, 2013