Can't See The Forest for the Fallen Trees 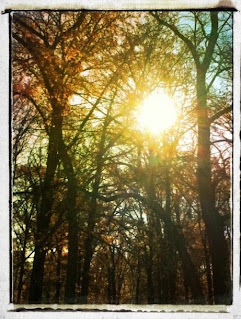 On the plane ride back to Rome from Rio, Pope Francis granted reporters the opportunity for a rather lengthy interview. Covering issues like Curia reform, the Vatican bank, the "gay lobby," and homosexual inclinations of clergy (not action), it seems the Holy Father left no subject off limits. One excerpted quote in an article struck me. When asked about the integrity of some of those in official positions in the Vatican, Pope Francis first lauded the saintly hidden actions of many of those who were in those positions, whether feeding the hungry or serving anonymously in parishes in the vicinity. He also, then, made this profound observation: "As always, the ones who aren’t saints make the most noise…a single tree falling makes a sound, but a whole forest growing doesn’t.”
This answers an age old question. Apparently the tree falling in the forest is always heard! It also astutely describes human nature. We gravitate toward the sensational and fallen. Perhaps it is our fallen nature to first notice what is fallen. Perhaps it is our desire to minimize our failings by finding and magnifying the faults of others. The beauty of God is that there is much, much more that is good and growing and well in the world, even when we are fixated on what is broken. In our humanity, we neglect to see the forest for the fallen tree unless we are intentional about looking at the big picture, the complete story, the eternal Word. It's like staring at an impressionist oil painting up close. Each stroke makes little sense. You may even notice some mistakes. Step back, and the masterpiece becomes visible.
When we become engrossed in a myopic vision, we lose sight of goodness, beauty and redemption. When we become fixated on proving ourselves right and not seeking Truth, we get lost in the darkness. While the Holy Father in all graciousness welcomed and answered all he was asked, it is clear from many of the questions that there is a singular focus for much of the secular media. The church and leaders have been ripe with corruption, sordidly infiltrated by homosexuals, while their teaching is out of touch. While it is true there has been corruption, and those with homosexual inclinations likely fill every rank of the Church, it isn't really the crux of the issue.
The Pope's remarks to say he has no room to judge those with homosexual inclinations doesn't reverse teachings to admit the Church has been wrong and out of touch. It is in fact quite in line with our teaching - it perhaps puts a more compassionate than philosophical face on the issue. The Pope's admission about the complexity involved in the Vatican bank situation doesn't somehow admit that the Church has been a villainous, thieving scoundrel. It admits that as always, the Church is made up of very human humans, and it is always a struggle to try to implement human means to manage a divine institution. In saying that the fallen trees make more noise than a forest full of growing trees, it is clear to me that what Pope Francis is trying to remind us is this: there is much more good, much more grace, much more beauty, much more life, much more healing, much more well with our beloved Church than the few fallen trees might lead us to believe if that is all we allow ourselves to see. In fact, there is likely much more good in our neighbors, in everyone we meet, if we would look beyond their failings and see instead how they are growing toward heaven.
at July 29, 2013