Pope Francis, Catholic Identity, Sex, Mercy & All The Things I Wish I Would Have Said 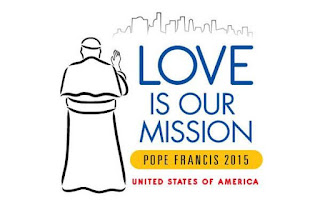 In my experience living in the third world, most of the women don't want birth control. Then there's the logistics of even basic health care or clean water, access to clinics (many of our clinic patients walked for hours or days to reach us...) Oh, and teaching the women how to read their own fertility signs cost nothing, was not something they had to wash or store properly, and was something they didn't have to know how to read in order to manage.

I have heard similar stories out of India as well. Pope Francis goes so far as to call it "ideological colonization."

"Gender ideologies from the wealthy Western world are being imposed on developing nations by tying them to foreign aid and education, in a form of “ideological colonization.”

Let's move on to birth control - part two. Rampant use objectifies, sure . . . but what about between married couples?
My very short answer was that even in marriage, birth control threatens to become an impediment to the marriage. I so wish I would have kept talking so I could share why I believe that. I wish I could have said to Devin and whoever was watching, that the reason birth control becomes an impediment to marriage is because in marriage, I give myself wholly unto my spouse through God. Wholly. All of me. One flesh. Not 7/8. Not divorcing my fertility from the rest of me. When contraception enters into the equation, suddenly there is no longer one flesh, but a coming together of two partial people. When we stop our bodies from functioning as they should, we do not truthfully give ourselves to the other.
This in no way means that all Catholic families are called to have a football team of children, as is the common stereotype. It simply means that we are called to never divorce the procreative (child making) aspect of sex with the unitive (the emotional, pleasurable part). El fin.
Let me be clear. I understand that I am in the minority, not only of the population, but also of the Catholic population. Every person and couple has to discern these things for themselves. My hope is simply that people will remain open to what God might have to say about it all, and not be blinded by societal norms.
Last, but not least, let's talk about the "thou shalt not"s versus the "blessed are you"s.
This little phrase popped into my head, and it has struck a chord with many friends who commented on the segment. Why is that?
I was certainly not intending to say that the Commandments are not important. They were given out of love by God to his people to keep us out of harm's way. Just as we do with our own children, God gives His children boundaries to keep them safe.
But. BUT...it seems like all the Catholic Church is known for these days are our boundaries. That breaks my heart. At its core, the Church is not about its rules and teachings. The Catholic Church is about sharing the real live person of Jesus Christ - His love, His mercy, His joy, His hope. If people can no longer see that, then we have to change our approach. We cannot simply keep doing what we are doing and say "they" just don't want to get it. As Nalani said on the segment, we have to open ourselves and take the message out to the people - not wait for them to come to us.
This was the message of St. John Paul II who gave breath to the new evangelization. This was the message of Pope Emeritus Benedict XVI who pleaded with us to share the Gospel (GOOD NEWS) in love. LOVE, not condemnation. This is now the call of Pope Francis. Stop debating. Stop talking. Start doing. Love one another. Lift up one another out of the depths of despair. The world is hurting. Give them Jesus so He can shoulder their burdens THROUGH YOU. Break out of your political mindsets and begin to try to think as Christ would have you think, not as any ideology would have you mimic. Stop making ideology an idol of itself. Stop making holiness an idol of itself. We are all sinners. Let's get ourselves to Christ - together.
Thanks Vickie Figueroa for thinking of me and passing along my name to Channel 4, and thanks to the other panelists for a great conversation! Thank you, Ro Coppola and Devin Scillian and all the guys back in the production booth for letting me be a part of this special. I thoroughly enjoyed every minute, and yes - 11 minutes went by at very quickly!

Until next time, let's get out there and love 'em like Jesus!