Meat is Murder, but Murder is also Murder...

The topic is an evil, heavy one, so of course I'm deflecting with humor and a title homage to Psych, the one show I actually miss from cable. Here's to you, Shawn and Gus! 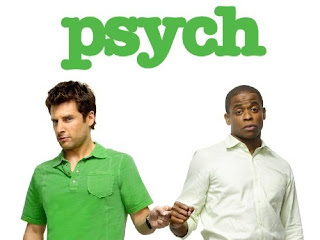 Ok, just one more distraction before the main point...it is tangentially related, I promise. Last night we were watching EWTN and Colleen Carroll Campbell had on her show, Faith & Culture, guest Wesley J. Smith to talk about animal rights extremism. He made a distinction between animal rights and animal welfare that I'd never considered, but really appreciated. The gist was that we are all called on by faith to care for the welfare of the rest of creation and speak out against abuse (misuse) of animals. Yet the animal rights movement at its most vocal, attempts to equalize animals to humans, and that simply isn't truth. Not only from a perspective of Judeo-Christian faith, but through a rational and scientific lens, humans are set apart. To begin to normalize the view that humans are just another animal is to begin to devalue human life.
Enter my actual horrific topic: the trial of Kermit Gosnell. I begin with true confessions. I haven't read up on the case. I do not know the majority of intimate details. I ask your forgiveness, because in this case it isn't that I haven't wanted to read up or don't find it important to know the facts before writing, it is that I cannot usually get past the first few lines without getting the urge to vomit and sob. So please take that as a warning as well as to the content of the few stories you will find. This is really the problem at hand - this is not a major news story. Killing babies born alive at an abortion clinic for years (killing a live person = murder, thus, murder is also murder...get it?), and no major news stories. But hey, let's see that Viagra commercial again or talk about how the Archbishop is denying communion to people supporting gay marriage (which by the way, is untrue, in case you are worried about truth). Evil exists. This is evil. It is the devil's work. Period. Unfriend me on Facebook if you must, but we cannot sit silent or let the media lull us into silence. It is not in keeping with the vogue political currents, so apparently mass murder is not front page news. Why mince words? It is mass murder with victims in numbers far outweighing Sandy Hook. Yet, nothing. No stories, no tributes, nada. (Note: I do not in any way mean to belittle the tragedy of Sandy Hook.)

If you want to read a little, here are some links. Again, be warned that it is evil, vile matter. Yet, we need to share it so people know the truth of what is going on. 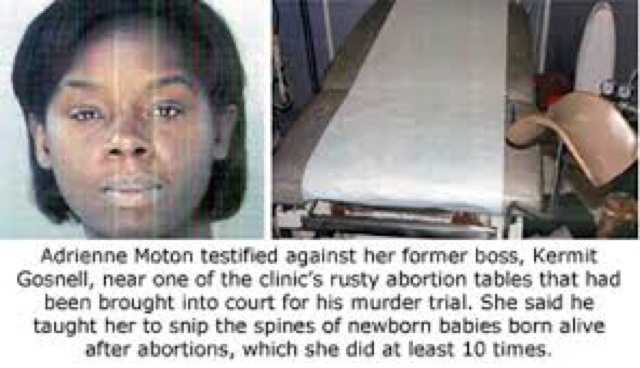