Easter Isn't Over: F is for Forgiveness 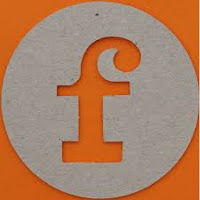 Then Peter came up and said to him, “Lord, how often shall my brother sin against me, and I forgive him? As many as seven times?” Jesus said to him, “I do not say to you seven times, but seventy times seven. Matthew 18:21-22 (RSV)
Do not let resentment lead you into sin; the sunset must not find you still angry. Ephesians 4:26 (Knox)
Forgiveness is essential in a family, and especially a marriage. So many fallen creatures under one roof gives us much practice to make forgiveness an art form, and yet it is often very difficult. We would rather be vindicated!
I once heard a quote that has stuck with me: Unforgiveness is like drinking arsenic and waiting for the other person to die. At its best, unforgiveness expends energy that is best saved or used for more positive things. At its worst, it hardens our hearts and creates a block for the Holy Spirit to flow in and through us. If we are to live as an Easter people, our hearts must not become hardened. We must learn to let go of hurts and surrender them to the Lord. Even Jesus on the cross handed forgiveness over to the Father. If we are to share the love and light of the Gospel message, we cannot do it with anger in our hearts.
It has taken me awhile to finish writing this post. I have known since I began this project that "f" would be for forgiveness, but as you see, it has been some time since the last post in the alphabet series. Until this weekend, I wasn't sure what was holding me back - I assumed it was fatigue or laziness. Wrong - it was clearly the Holy Spirit. This weekend, we were at the Renewal Ministries gathering and on Sunday morning, Sr. Ann Shields was speaking. She told a story of radical forgiveness that I now know is what I was waiting on. I warn you that the details are ugly and somewhat graphic.
Sr. Ann recalled a story from South Africa post-apartheid, when the nation was attempting to heal from deep wounds without falling into utter chaos and violence. (I may get some of the details wrong as I am attempting to paraphrase from memory.) Nelson Mandela and Desmond Tutu had convinced the government to hold tribunals where the perpetrators of atrocities would be granted immunity from imprisonment if they came forward and confessed their crimes to their victims. In one such case, a police officer came forward. He and his colleagues had taken a young boy, about 18, and shot him. After shooting him, they had tied him up as on a spit and burned him to destroy the evidence. A few years later, this officer and his colleagues returned to the same house, and in front of the wife, took the husband, doused him with gasoline, and burned him on a woodpile.
The widow was present as he confessed. When asked by the tribunal what she would seek in reparation, this was the widow's request. She asked that the officer would return to the spot at which he had killed her husband and sweep up the dirt so she could attempt to give him a proper burial. He nodded in agreement. In addition, because he had taken her son from her, she requested that he visit her twice a month so she could be a mother to him. She told him that she forgave him, and that God had forgiven him. Reportedly, the room burst out into Amazing Grace, and the officer fainted.
Our own beloved (soon to be canonized!) Pope John Paul II gave us another example of radical forgiveness when he visited his attempted assassin in prison and granted him his forgiveness. This is what we are called to as Christian witnesses in the world. When we are spat upon, we respond with love and mercy. When we are persecuted, we suffer with a smile. We allow ourselves always to seek the dignity and salvation of the other. This is not to say that we allow ourselves to be walked upon, but rather, when injustice comes our way, we do not let it harden our hearts toward our perceived enemies and those who wrong us. Rather, we offer the suffering up to Jesus to use it to redeem the world, ourselves included. We retain the heart of radical love, the heart of Love Himself. We remember that the measure by which we forgive will be the measure by which we are forgiven. I for one need to be sure I leave a lot of wiggle room!
at April 28, 2013